It could be said that in January of 1990 The Summit Fellowships were conceived. I was attending a four day “Pastor’s Prayer Summit” with about 60 other pastors from the Portland area. I was burned out, tired of oiling the machinery and designing the programs that made up the frantic world of church. Moreover, I was concerned for the lack of depth that I saw in much of the Christian world.

I sought the prayers of the brethren regarding whether I should leave full time ministry and return again to the high school classroom to resume my teaching career. The answer to that prayer was clearly, “No.” Though I felt certain that I was not to return to teaching, my misgivings about the ecclesiastical system persisted. I began to ponder what might be called “essential church.”

What was really needed to be the church? Pews? A Building? No. Choir? No. Youth program? Pastor and paid staff? Not really. After the final cut, what was really essential was people gathered in the name of the Lord Jesus Christ. The rest might be helpful, but it was not crucial. In fact, much of what we had come to accept as essential was sometimes even a hindrance to the relationships through which flowed the gifts of the Spirit. 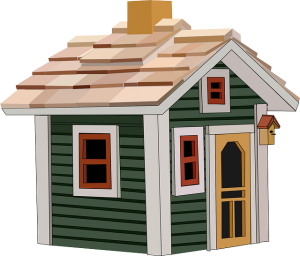 The next weeks were given to prayer and imagining what Jim Petersen of the Navigators called, “a church without walls.” What came out of that period was a vision of a church that was primarily relational and not structural; fundamentally, participatory and non-hierarchical; organic and not organizational. In essence, the vision was for a gathering of friends who shared a common heritage of faith in Jesus Christ and expressed it in the simple acts of praying, speaking of the things of God, and of sharing a meal together. Ministry was to flow from relationship and not relationship from the ministry.

I outlined these ideas and presented them to the elders of New Song Church, where served as associate pastor. Within a month or two, the elders gave their blessing to “The Summit Fellowships,” a network of small, functionally autonomous, voluntarily interdependent, home-based churches.

The name for the community of tiny churches was taken first, from the “Prayer Summits” where the initial inspiration for it began. Secondly, a passage of scripture, II Peter 1:18 embodied our desire for each gathering: “This voice we heard from heaven while we were with Him on the holy mountain.”

Since 1990 the learning curve has often been steep. Without the structural pattern that most of us were used to, many of the familiar road signs for success were gone. It wasn’t until the “summits” had been in existence for nearly two years that we discovered that we weren’t alone in this business. We found that there were other “house churches” and “home church networks” elsewhere in the country. Books had been written. Others had embarked on similar adventures and were willing to share their experience.

This gave us confidence. We looked at the New Testament with renewed conviction that what the Summit Fellowships had set out to do was not only biblical, but part of a renewal stream in the church in America.