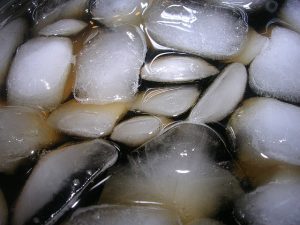 The Roseway Summit Fellowship is planning on taking the month of October to discuss a book called An Army of Ordinary People by Felicity Dale. Felicity and her husband, Tony, were part of the house church movement in the UK decades ago. Eventually, they migrated to the US and started a network of house fellowships similar to Summit. I have several copies of the book in paperback in case anyone from the network would like to read it. It is also available as an eBook at Amazon. Here is a quote from that book.

An attractional model of church is like ice—not in the sense of God’s “frozen chosen,” but because it exists at a certain time in a certain place. However, if you encourage people to get out of the building (whether it is a building with a steeple or a building with a chimney) and reach out to those around them, you are melting the ice. The resulting water—the Good News of the Kingdom—will seep into every crack and crevice of society. This is liquid church.

My friend, John Alexander of the Church of the Sojourners in San Francisco, is home with the Lord now. He still speaks to me, though, through these words about the church–what I call the church of the heart, or an “allelon community.”* This quotation comes from his book, The Secular Squeeze. (Wipf & Stock Pub -February 28, 2005)

…When God came to be among us he didn’t come as a mathematician or a scientist. He came as a story teller… And he told stories people could live. At bottom, the Judeo-¬Christian tradition isn’t a list of rules or a set of scientific theories; it’s a big long story… But Jesus didn’t stop with stories; he also gave us a way to authenticate them… he told us that you tell whether a story is true by the lives of the people who tell it. You judge a story by its teller. You will know them by their fruit, he said. A good tree bears good fruit, a bad one bad fruit. If the people telling a story love each other and live together with depth and grace, then their story is true. If they don’t, then their story is silliness– or worse. A good story enables people to lay down their lives for each other and become one. To put it in Jesus’ own words, “I give you a new commandment, that you love one another. By this everyone will know that you are my disciples, if you have love for one another. A few chapters later he prays that his followers “may be one… so that the world may believe that you have sent me.” A story is authenticated when the people who believe it go to the cross for each other. …Notice that Jesus doesn’t require belief in his story simply on the basis of authority… evidence mattered to him: here’s how people will know that you are my disciples, here’s how they’ll know that I’m from God—that you love each other.

*Greek word for “one another.” Pronounced al-lay’-lone. 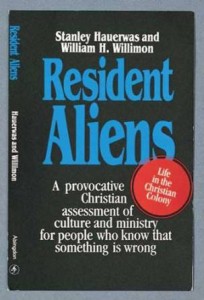