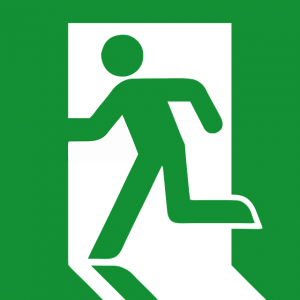 I keep hearing about a new demographic. They are called, “The Dones.” They are people who, though followers of Jesus, are tired of church. They are done with that. Somewhere along the line, they realized they felt like college students who forgot to graduate. They began to wonder when the weekly lectures would give way to “life in the real world.”

Can Dones  Be Undone?

There is a good deal of hand-wringing in traditional church circles over this. After all, many of the ones migrating outside the church walls are the very same folks that have been oiling the machinery and maintaining the programs of the churches they’re leaving. Many observers of the phenomena view it as hemorrhaging in urgent need of a tourniquet. Others, and I would include myself in this category, are asking what is next for these nomads? If they’re leaving, where are they going? More importantly, with whom are they going?

One of the main scriptural roadblocks that is used to impede the retreat of the dones are the verses at the beginning of this post — they  warn against neglecting to assemble. I am in hearty agreement about that. Indeed we shouldn’t fail to gather with other believers. The question is what does that gathering look like? Does it look like the traditional church service that has been the staple of Christian experience for the last 1700 years, or can it be something else? If so, what might that be? I’ll be thinking about that and get back to you.