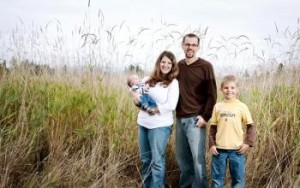 Some of you might remember us, the Shanks in Togo. Others of you we’ve probably never met. Either way, we’re glad to connect or reconnect with you. We were blessed to have met Dan and Jody during a very rough period in our lives and ministry after having come out of a very legalistic denomination. I don’t think they begin to know how much of an impact they had in our lives or how God used them to speak wisdom and his direction to us as we were seeking to return, somehow, to Africa.

But by God’s grace we are here and happier than ever. It’s certainly not always easy, but we are seeking to live out what we believe God has called us to do: to make disciples of Jesus and equip them to multiply groups of simple churches that meet together to worship the King, edify one another in Him, and show His kingdom to their communities.

Dan asked me recently to begin posting our blog updates here on SummitHome, so here’s the first of many to come! If you’re interested in catching up on what’s been going on over the past year, you can read previous posts at www.shankstribe.com/blog.

So without further ado, here’s our latest post about a former deacon and pastor who were burnt out (or burned, rather) by “churchianity,” but are ready to experience something different:

Discipling the Disciplers: Jean and Katchak

Have you ever had a Christian pastor put a curse on you? Or have you ever been told that you can’t evangelize because you haven’t been to seminary? Well, sadly both of those things (and more) take place in some Togolese churches, and they have happened to two men we have been working with over the past several months, Jean and Katchak.

These two men have had a similar experience to many believers in Togo; they were thrilled to hear the message of Jesus and begin following him, but soon realized that their churches weren’t exactly a great environment in which to do so.

Jean has had a range of experience working with Biblical linguistic programs and with a couple of American missionaries, but for the past ten years he has been living in his home village of Goulibi. Shortly after moving back there, he and Tchéou had shared the story of Jesus in several villages around Goulibi, and they were very encouraged by the progress they were making. Soon after, though, the denomination Jean was a member of built a church building in Goulibi and brought in a pastor from a different part of the country who doesn’t even speak Lamba. Like many pastors here, he was controlling, demeaning to the people, and was more interested in getting a paycheck than helping people follow Jesus.

Jean tried to make it work in this church for quite a few years, but he was always discouraged from doing any sort of evangelism that wouldn’t directly benefit the denomination. He was also told on numerous occasions that he could no longer go out to other villages to start new works because he had not attended the denomination’s seminary. Completely discouraged and defeated, he gave up trying for the most part and focused on cultivating his fields.

Over ten years ago Katchak had everything going his way. He was not only a pastor, but a regional leader in a large Togolese denomination. The pastors around him, however, became jealous of his influence and position, so they fabricated lies about him and convinced the denomination to remove him from his leadership role and his church. Then they intimidated him by threatening to put curses on him if he ever tried to retaliate or clear his record. By the way, Katchak and others have expressed that this is a common practice for pastors to misuse the very words of Scripture to put spiritual curses on people, even their own church members when they don’t “fall in line.” I’m sure that Satan loves to use this opportunity, combined with a superstitious worldview, to gain a foothold in people’s lives!

Like Jean, Katchak eventually found himself back in his home village of Agoundé leading a cultivating cooperative. He was told by his denomination that he can never pastor again. Because of the heavy-handed authority structures within Togolese culture, Katchak took this as a major blow and resigned himself to the fact that he could never have a ministry again.

Another Way
Tchéou has known both of these men for a number of years and suggested that we start meeting with them to see if they would be interested in learning a different way of making disciples and planting churches that does not rely on a denomination, a pastor’s salary, or the approval of man.

From day one we saw a very strong desire in each of these men to know Jesus in a deeper way and to make him known to others. So, we began a series of Bible studies with them which focuses on God’s word to speaking for itself and our obedience to it. It is also designed to empower them to “go and make disciples” in the authority of Jesus (Matthew 28:16-20).

While there are still many obstacles to overcome in their lives due to their years spent in legalism, they are already seeing the power of God’s word when they choose to live it out in a simple way, being obedient to Jesus alone rather than to man-made religion.

Since the beginning of these studies we have been encouraging them to pray for and seek out a household with whom they can begin the Discovering God series. Katchak has begun these studies with one family, and Jean has started with a few families as well. In addition, Jean has been using the training we are doing with him to train a friend of his who desires to reach his own people group, the Tamberma.

We are very excited about these developing partnerships with people who already have ministry experience but simply need some equipping and encouragement. We’re always on the lookout for more people like them who desire to work together for the common cause of seeing God’s kingdom grow among the Lamba and all over Togo!

Please pray for Jean, Katchak, and others that they would continue growing in grace and that they will reach and equip many others in every corner of the Lamba region and beyond. “Pray earnestly to the Lord of the harvest to send out laborers into his harvest.” Luke 10:2