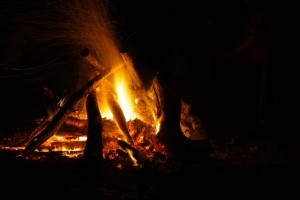 Imagine some of the 12 disciples meeting somewhere in the years after Jesus’ resurrection. They may have gathered around the fire and remembered what it was like to be with Him. They would have told the stories they remembered. It is possible that from such friendly recollections the gospels were assembled.

The “Jesus Circle” is a storytelling experience where we get together and tell the stories as the disciples did. Participants are not to read from their Bibles. They are to tell stories as they remember them.

Here’s how a Jesus Circle works in a gathering of the Summit Fellowships:

The room is dimly lit. The group is seated in a rough circle. In the midst, there is a table, perhaps a coffee table, set with two candles, bread and a cup of wine.  First, a facilitator reads, recites or shares an introduction for the evening, including a summary of the fall of humanity and God’s promise to restore the fallen by the giving of “the Seed.”

But he also made them free and it happened, as it often does among free beings, that some thought to rise above their equals and a rebellion broke out in heaven that spilled over into time and space. And so it was that human beings turned from their Father-Creator and wed themselves to lesser creatures. Thus began the times of darkness.

The Father’s heart was broken…and he vowed from his broken heart that one day, no matter the cost, he would reconcile all things to himself, things in heaven and on earth. He announced that he would send the seed to bear His fullness into time and space. The seed was born of a woman. He lived among us. We know the seed. His name is “Jesus.”

As in all seeds, in him was life and that life is the light of all humanity.

There is now open participation. 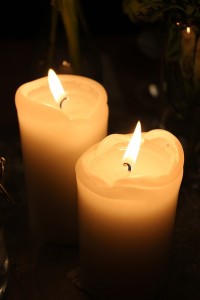 Everything spoken between the kindling of the candles and the extinguishing of them must be about Jesus. Someone might share the gospel message by recounting one of His parables or by recounting stories from the Lord’s life and ministry. Songs may be song that tell the story. There may be personal testimonies of encounters with Him. But, anything spoken should be able to be preceded with either, “Jesus said,” or with, “This is what Jesus did” or with, “it is said of Jesus” unless it is a prayer in response to what has just been shared. Prayers should be specific, personal, and prayed as a direct response to something that Jesus did or said or is written of Him. Songs start as brethren are moved to start them. This is not a time for “teaching” but for simply remembering the story.

Silences are expected, even welcomed.

This is done until it seems appropriate to tell about the night the Lord was betrayed. That’s when the story closes with the sharing of the Lord’s Table.

The facilitator recounts the resurrection, the Lord’s promised return and the coming of the Spirit.

Sing a song of Jesus, perhaps The Lord’s Prayer or a song that speaks of going into the world

[After the bread and cup]

On the cross, Jesus, the seed, crushed the rebellion of heaven and earth by taking the sins of the rebellious race upon himself. Three days later his resurrection demonstrated his power over wickedness and the Father’s victory over the rebellion that had separated his beloved creation from him. Later, Jesus ascended into heaven having given this promise: “I go to prepare a place for you. And if I go and prepare a place for you, I will come again, and receive you to Myself; that where I am, there you may be also.”

In the mean time he sent his Spirit to be in and among his followers. He did not leave us as orphans.

And so we wait, bearing the light of the Spirit until He comes. Jesus said,

Symbolize the passing of the light of Christ to everyone by extinguishing the candles one at a time and saying,

2 thoughts on “Jesus Circle: Storytelling in the Church”