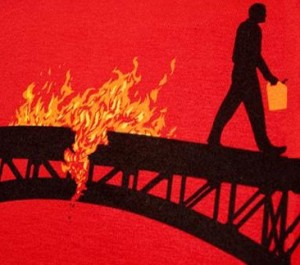 One thought on “On Not Burning Bridges”