I recently read an article forwarded to me by a friend. In its entirety, it is an interesting look at the broadening influence of the house church movement in China. The paragraph below was at the end of the article. 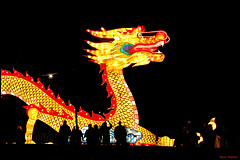 Cracks in the Atheist Edifice

The paradox, as they all know, is that religious freedom, if it ever takes hold, might harm the Christian church in two ways. The church might become institutionalised, wealthy and hence corrupt, as happened in Rome in the high Middle Ages, and is already happening a little in the businessmen’s churches of Wenzhou. Alternatively the church, long strengthened by repression, may become a feebler part of society in a climate of toleration. As one Beijing house-church elder declared, with a nod to the erosion of Christian faith in western Europe: “If we get full religious freedom, then the church is finished.”