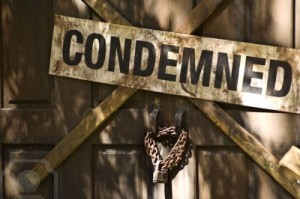 It’s been some time since anyone mentioned it, but in a conversation about house churches it is fairly common for somebody to observe that The Summit Fellowships will be prepared to deal with persecution. My response is usually conciliatory. Why yes, I say, that can certainly be a good reason to meet in homes, but that isn’t our primary reason. The main reason we meet this way is to better live out the call to community that is our mandate from Jesus. He said, “A new commandment I give you that you love one another.”

That has been my response and still is, but the world is changed, is changing. Much that once was is lost.

For one thing, aggressive community service. Now, don’t assume I am writing off all of the great works that churches do in their communities. The work of the church is inspiring. I remember a degree of pride in the aftermath of Hurricane Katrina and how many relief efforts were spearheaded by churches. Still, there are many churches whose primary charitable goal is their own survival. According to a survey done by the Evangelical Christian Credit Union (ECCU) the percentage of ministry funds that were devoted to “in house” needs such as salaries, buildings and internal programs was a staggering 92%.

This varies from church to church, of course, but the reality of self-interested churches tugs against the reason that churches traditionally have been exempt from taxation. The presumption has been that churches provide a meaningful contribution to the health of the nation, relieving public institutions of that burden. In essence, the exemption from taxation is offset by the benefit to society.

But what of the 92%? Is the church holding up its end of the bargain?

But what if the church is perceived to be more a burden than a burden bearer? If churches seem to be clubs that can only meet their obligation to themselves if they have help from the government, shouldn’t they be paying their fair share? Is it possible that “much that once was is lost?” Might the benefits afforded the church be withdrawn when lawmakers conclude that the government can no longer afford them?

There is another element that is coming into play. It has been on the horizon for decades, but is now imminent. The culture is becoming more passionately inclusive. There are few organizational sins that are considered more intolerable than exclusivity. Discrimination is the scarlet letter that marks any person, business or organization for shunning. Recently, businesses have been forcefully prosecuted for refusing to serve certain customers who sought services for same sex weddings. That the refusal was done respectfully, without malice and was based on religious conviction, offered no shield against litigation. The consequences of being dragged into court, regardless of the outcome of the trial, have been financially disastrous to the offending businesses.

As homosexuality (most prominently) becomes culturally acceptable, conservative churches find themselves in a difficult circumstance. As they stand in opposition to homosexuality and same sex marriage on religious grounds, they are labeled exclusive and, most damnably, discriminatory. Can a discriminatory organization qualify for tax exempt status?

It is a legitimate question.

The organized church may be facing something of a perfect cultural storm, partly of its own making and partly because of shifting cultural norms. The question looms large: Without tax advantages, how many churches will be able to continue “business as usual?” It hasn’t happened yet, but as conditions become more hostile to evangelical institutions, is it only a matter of time? Given five years or ten, how long will it be before “none still live who remember?”

The point of my thinking here is that there may come a day when Christians will have to reconsider the church. It might not be persecution exactly, but the results may be the same if churches forfeit a place of privilege in the American tax system. Like it or not, we may be part of a “submerging church,” a community that finds its vibrancy, not in what it owns, but in how it lives together in simplicity.

One thought on “The Submerging Church”