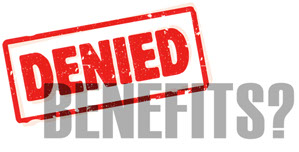 Recently, we had a snowstorm. The temperatures dropped and the winds picked up making it dangerous to be out in the elements. As conditions worsened, local police and fire personnel went about the area rounding up the homeless, bringing them into local churches and other warming shelters. A friend of mine who serves at one shelter location made an observation about those who had come in from the cold. By his estimate, 80% felt that the service rendered was their right — they assumed they were entitled to the help.

I need to say that the work the churches did those nights was right. It was the moral and humane thing. To do otherwise would have been selfish and careless, indeed one of the people that stayed at the church facility lost parts of three fingers to frostbite. The question could reasonably be asked, why weren’t all of the churches open during the storm?

But was the help to the homeless on those nights their right? Were they entitled? Were those 80% right to expect the churches and other charitable organizations to provide food and shelter? Moreover, were they right during those freezing days to respond to their benefactors, as many of them did, by insisting their hosts “keep your religion to yourself”? It is a discussion-worthy question, but that’s not where I am going with this post.

I’ve been thinking about entitlement and the church. Are religious organizations entitled to the benefits they receive from the government? Property tax exemptions, housing allowances, tax deductions for charitable giving — is the church entitled to them? The fact is without those benefits many churches would have to close their doors. Imagine a struggling congregation in an affluent suburb or downtown area suddenly responsible for paying taxes on property. Or consider what would happen if a pastor was no longer given the option to opt out of Social Security. Would smaller congregations, even larger ones, be able to increase salaries by 20% to offset the expense so the worker could maintain a living wage? I’m not expert in these matters — I may prove to be a fallible prognosticator — but I predict exemptions and benefits presently extended to religious organizations and workers will begin to be withdrawn. Exhibit A is the “double dip” exemption where pastors (and certain other qualifying professions) can receive a tax-free housing allowance while simultaneously deducting mortgage interest on annual returns. And that may be only the beginning.

Do we in the church feel the same kind of entitlement to benefits that the 80% did on those cold nights? How will we respond if (or is it ‘when’) tax advantages that make it possible to stay in our buildings and pay our staffs are denied?* Will we fight to keep the status quo? Will we ultimately have to face the frigid winter of self-reliance? One thing is certain: many churches are balanced precariously on the tip of the legislative pen — one amendment away from insolvency.

It is likely that Christians in the US will soon need to explore new ways of being the church.

I do not wish to be misunderstood. I will not adopt a smug, “told you so” attitude if what I foresee happens. Honestly, the Summit Fellowships use some of the benefits to which I refer. A friend who worked for the IRS pointed out to us, if the government is willing to offer certain benefits as a service to charitable organizations it just makes sense to use them . . . . as long as the arrangement does not hinder the work of the gospel. That made sense. Why not stretch resources as much as possible? But here’s the thing: if government help isn’t available to us, it won’t make much difference to the work of the network. Why? We don’t own property. We don’t pay salaries. Ditch the 501(c)3, cinch up the belt a notch and go on. For many traditional churches it isn’t that easy.

But this is the message. The work of the church can go on. Even if our brothers and sisters in more traditional churches experience loss in the face of increasingly hostile officials, the work of the gospel can continue. It may not look the same as it once did. It may go on in shared buildings, living rooms or rented facilities; or as it does for the Summits, in small groups meeting with Jesus as the shepherd and the Bible as the handbook, but the work can go on. In truth, the church has never been entitled to those privileges, she has been blessed; and even without tax exemptions and clergy benefits she will continue to be blessed by the only government that has ever really mattered. Who knows, if we bear more of the load of being the church we may grow stronger for our trouble. Perhaps that will be the greatest benefit of all.

* For some further thoughts on why tax advantages could be withdrawn, see the post, The Submerging Church.